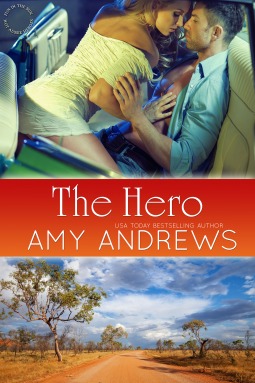 The second book in the "Hot Aussie Heroes" series was good, but not one of my favorite and it has nothing to do with the characters chemistry.

Edwina Calloway and Justin Wilde two very good looking TV actors who used to work together and were very attracted to each other; just one problem, Edwina Calloway was married and these two respected that very much (bonus points for that).

Well, it's a couple of years later and Edwina finally divorced her ass of a husband and agent. That right there is why the book lost points with me, her ex-husband was an ass and is still an ass through the book and Edwina doesn't put and end to him and break off all ties until almost the end of the book.

Justin in the book was described as like an OMG good looking movie start (in my mind he looks like Chris Evans) and despite being a super successful star, he really comes across as a really great and down to earth guy.

Overall, the book was great and the characters have incredible chemistry. As you read, you literally think "why did it take them so long to come together?" but any good story builds up your expectation and this one really delivered. Storywise it's a 4 star, but my issue with Edwina is what knocked down to a 3.