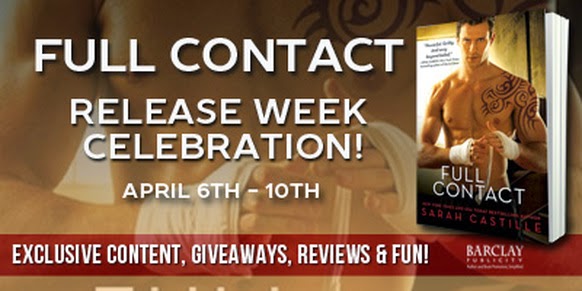 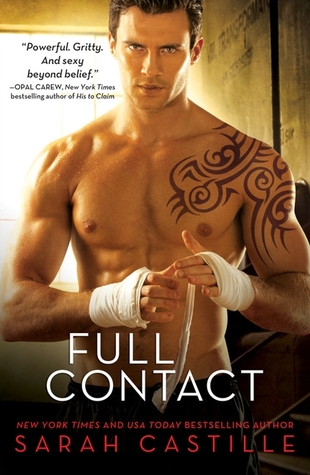 About Full Contact: Ray wraps his arms around me and holds me tight as if something terrible has happened and he doesn’t want to let me go.Full Contact. This is how Ray speaks when his emotions overwhelm him. I melt into his stillness. His body is hot and hard, his breath warm on my neck. He smells of leather and sweat, sex and sin. Nothing can tear me away.When you can’t resist the one person who could destroy you…Sia O’Donnell can’t help but push the limits. She secretly attends every underground MMA fight featuring The Predator, the undisputed champion. When he stalks his prey in the ring, Sia is mesmerized. He is dominant and dangerous and every instinct tells her to run.Every beautiful thing Ray “The Predator” touches he knows he’ll eventually destroy. Soft, sweet and innocent, Sia is the light to Ray’s darkness-and completely irresistible. From the moment he lays eyes on her, he knows he’s going to have to put his dark past behind him to win her body and soul.Get your print copy at: Amazon US | Amazon UK | Barnes & Noble | Chapters Indigo | Book Depository | Books-A-Million | IndieBoundDownload your ebook: Kindle | Nook | iTunes | Google Play
_________________________________________________________________________

What did I think?

This story was WOW! It was intense and dramatic and the characters were really something. Although it's book three in the series, it is a stand alone and follows Ray "The Predator" Black (by the way we don't learn his last name until almost the end of the book) and Sia O'Donnell. Ray is super mysterious, think James Bond but with tattoos and Sia is your good girl gone rocker/goth; both characters have their traumas and are a bit around the edges, but together they make each other better.

The supporting characters were great, I loved Jess, she was an awesome best friend; however, Sia's older brother Tag really got on my nerves, way too overprotective.

So, why a four and not a five? Well, they constantly hit that Ray may be a CIA agent but we never know for real and we get a secondary romance (take a guess, I did mention them) and we don't get enough details (I'm expecting either a book or a supplemental novella) to quench us. Those were my only issues, Sia as a character was incredible, she does have her self doubts but you see her grow as a person. You'll definitely enjoy this one, plus the fight scenes are super cool; come on ladies, guys aren't the only one that love a little MMA action.

Full Contact, the third standalone book in the Redemption fighter romance series by NYT and USA Today Bestselling Author Sarah Castille is now on sale!
"Castille continues to introduce characters who are both intense and vulnerable. The females are more than a match for the men in their lives, and these guys are worth their efforts.” --RT Book Reviews on FULL CONTACT
Castille's follow-up to the excellent Against the Ropes doesn't pull its punches."—starred review and Best Summer Book, Publishers Weekly on IN YOUR CORNER
“Fifty Shades of Grey meets Fight Club.”--RT Book Reviews on AGAINST THE ROPES