All I Need is You by Wendy S. Marcus

Perfect for fans of Kristan Higgins and Robyn Carr, this sexy yet sweet military romance reunites a headstrong dancer and a rugged army soldier after one steamy encounter tears them apart.

As a dancer who creates mesmerizing visions onstage, Neve James is looking for the same kind of stability in her love life. Her pen pal, Rory McRoy, is on leave from deployment in Afghanistan, so she heads to Boston to surprise him. After corresponding for months as part of a “Support Our Troops” initiative—and exchanging dozens of “Read When You’re Alone” letters—Neve knows what Rory likes, and she intends to fulfill his every fantasy. But all they get are a few blissful moments together before they’re interrupted by a woman claiming to be Rory’s fiancée.

Rory has fallen hard for Neve’s letters. When he finally meets her in person, he has to have her, right then and there—until Neve takes off in a fit of anger. Forced to return to Afghanistan before he can fix things between them, Rory waits four agonizing months to prove that he’s not the man Neve thinks he is. But by the time he arrives in New York, she’s already made up her mind. Luckily, Rory never backs down from a challenge, and he’s prepared to put everything on the line for love.

Advance praise for All I Need Is You

“Wendy S. Marcus has penned a perfect romance in All I Need Is You, with a sexy dancer heroine, a hot military hero with a sense of humor, and a story you won’t want to end.”—New York Times bestselling author Claudia Connor 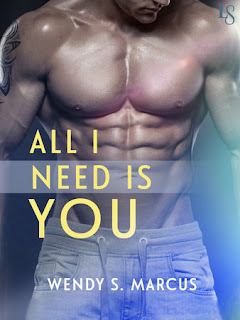 “I warned you not to come back here,” Nate snapped at Rory. “And why are you sniffing around my sister when you have a fiancée?”

“I’m not sniffing around yaw sistah,” she heard Rory say in his thick Boston accent. “And I don’t have a fiancée. I’m not engaged and have nevah been engaged. I didn’t lie to you. . . .

“You’re no friend of mine,” she told Rory. Not anymore. Not after what happened when he’d come home on leave several months ago. She lifted her left arm halfway up, glanced back at Nate, and gave a dismissive wave. “Get rid of him.” Thank God she reached the kitchen milliseconds before a humiliating collapse to the floor and managed to land on her chair instead.

“I’m sorry you’re still upset,” Rory called out. “If you’d just let me explain. You wouldn’t answer my calls, didn’t respond to my emails, and sent all my lettahs back, unopened. Now that I’m home for good I’m not going anywhere until we talk.”

“We’ve been talking.” She removed the plastic container of warm soup from the bag and placed it on the table. “Now I’m done talking.” She looked at him. “Goodbye, Rory. Go home.

Have a nice life.”

At that, Rory walked inside her messy condo.

Sheesh. Men. Why don’t they ever do as they’re told?

“Arrest him,” Neve suggested while struggling to remove the lid, which seemed to be glued on. Suddenly the effort didn’t seem worth it. What little appetite she’d had was gone.

“He didn’t arrest me last time.” Rory crossed his arms over his chest. “Just drove me away, took me to the train station, and waited around for me to get on.”

Last time when he’d showed up, uninvited, two days before he needed to head back to Afghanistan, banging on her door, demanding to be let in, insisting she give him a chance to explain. Nope. Instead she’d called her brother. “What is the benefit of having a sibling who’s a cop if you won’t arrest people when I tell you to?”

Nate ignored her, as he often did. His full focus elsewhere, he leaned down to look Rory in the eyes. “I recall telling you if you came back around I’d arrest you for real.”

“Harassment,” Neve added. The word had come out of her mouth, she’d felt the vibration of her vocal cords, and yet the voice didn’t sound like hers. A wave of hot, achy, nauseating weakness slammed into her. Her peripheral vision started to narrow. The room started to blur.

She needed to get back to bed, to sleep this off, but when she tried to stand a horrific pain shot through her right hip into her lower back. 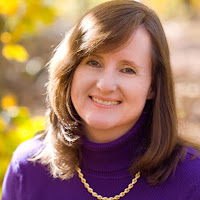 Author Info
Wendy S. Marcus is an award-winning author of contemporary romance. A nurse by trade Wendy holds a Master of Science in Health Care Administration, a degree that does her absolutely no good as she now spends her days, nights, and weekends mucking around in her characters’ lives creating conflict, emotion, and, of course, a happily ever after. Wendy lives in the beautiful Hudson Valley region of New York. When she’s not writing, she enjoys spending time with her family, which includes her dog Buddy, and blogging/ emailing/ tweeting/ facebooking with her online friends.