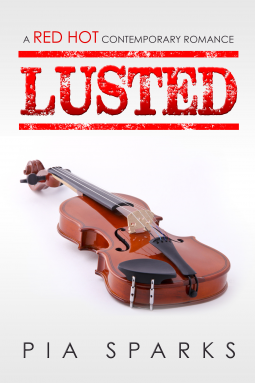 Viola player and child prodigy Kylie Morris has basically had a nervous breakdown and after spending years being basically the perfect child, she has left music and has now found a job as an assistant at a adult entertainment company.

Benjamin Price is the guy that pulled himself up from nothing and now owns Lust Media; despite have become extremely wealthy, like millionaire wealthy, he still strives for more, like billionaire status. He doesn't do relationships and he especially doesn't do employees; for Kylie he will break all his rules.

The story is a 50 Shades type buy with its own unique twist and turns that leave the reader wanting more, a lot more.

The main characters were good, Benjamin clearly has chip on his shoulder, but he's an entertaining alpha-male. Kylie on the other hand, will have you screaming "what is wrong with you?"; if you're doctor prescribes you meds for some psycological issues, you take them. Furthermore, she is often to neurotic and overly caught up in her head; which is okay, because we get background into why she is the way she is.

The supporting characters were amazing; the guys in the pit were like your classic computer, stoner nerds, that always have something very hilariously dumb, yet not so dumb to say. Of all the supporting characters my favorite was by far Mistress Alexis, she's a transgender that has been friends with Benjamin since they were kids and she was known as Alex. In every scene that she appears in, she basically steals the show, or the pages I should say.

Ms. Sparks has more in store for this series and I for one can't wait; especially after that ending, talk about a tease. The story was fun and entertaining, it might not be everyones cup of tea, but I found it enjoyable, so I will praise this book.