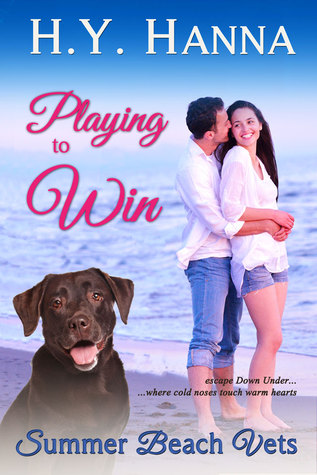 This is book 2 in the series and although it says book 2, it doesn't need to be read sequentially; every book can be read as a stand alone, its just more fun to read in order. This book follows Ellie Monroe, Sara's (from book 1) cousin and Dr. Dan O'Brien, a vet.

Ellie is a super uptight workaholic, who dispute being in Australia for almost a year, has never really made time for a social life, because, well, work comes first. Well, life has a funny way of intervening; that funny way being a boy named Will and a humongous dog named Milo.

Over the course of the book Ellie learns to open her heart and let loose a little; to not take life so seriously. The story was fun and the characters were very likable; my absolute favorite was Milo, that dog's bottomless stomach has a way of bringing all the characters together in the most amusing of circumstances. Dan was also very likable, he's serious when he has to be and isn't overly uptight; as a vet he can be on top of things, but as surfer he knows how to chill.

Overall, I liked the book and so far I'm liking the whole series in general. Let's see what else Ms. Hanna brings us in the upcoming books.